Using built in iSight for video, and an M-audio Nova, running through an M-audio Fast Track Pro, for…

Using built in iSight for video, and an M-audio Nova, running through an M-audio Fast Track Pro, for audio.

Had to do some tricky stuff to get it audio monitoring right – I had FCPX "record" on (usually used for voice overs), with the monitor set to hit my headphones, but I didn't record there. I did "Import from Camera" from the iSight in FCPX straight the first time, and although it only recorded on the left channel (there were no settings to tell it the audio was a mono signal), I was able to play back the recorded video in a Quicktime Player window, and do "Import from Camera" again for the overdubs. There was some latency, which stopped me from doubling the uke (I kept falling out of time with the video), but vocals seemed to work out okay. 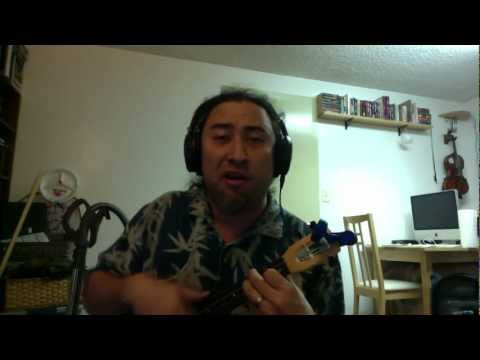 Kevin Fisher’s “Because of Love”, done uke style by Jere Krischel. Don’t forget to pick up Kevin’s a