Of course the idea of progressive taxation is a pernicious one (see http://scholar.harvard.edu/files…

Of course the idea of progressive taxation is a pernicious one (see http://scholar.harvard.edu/files/mankiw/files/defending_the_one_percent.pdf), since it punishes success, but for those doubting that the US is, in fact not just in word, a progressively taxed nation, here's the cite.

I like to think of government the way Clinton thought of abortion – safe, legal, and rare.ï»¿

Americaâ€™s taxes are the most progressive in the world. Its government is among the least. 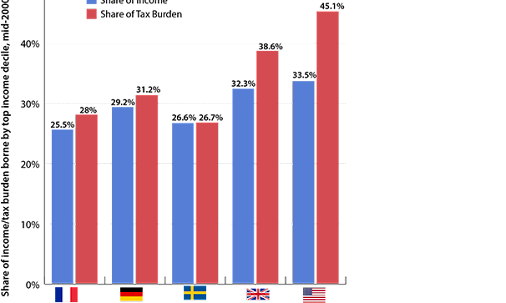 Compared to peer countries, the U.S. taxes the rich quite heavily. But it doesn’t spread what money it collects as equitably.