Free speech can be ugly, provocative, hateful, boring, juvenile, and lack any redeeming qualities – but it is still worth fighting for.

Those cultures that cannot accept this, and insist on reacting to speech with violence, are our mortal enemies, both on the physical and spiritual plane. Â People who insist on "speech codes" or try to prevent "hate speech" or engage in any other sort of censorship enforced by the threat of violence by institutions, governments, or individuals, are evil, and wrong.

The attack on Charle Hebdo is essentially the logical extreme of political correctness – those who have been fighting to make the world conform to their ideas of proper speech are the progenitors of these kinds of terrorist acts.ï»¿ 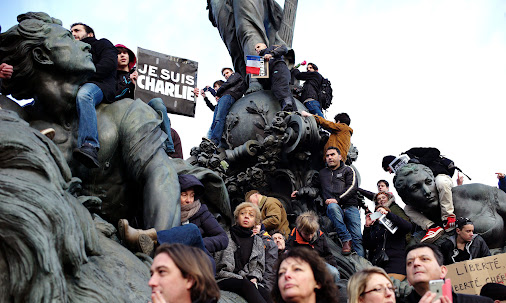 More than 1 million people filled the boulevards and avenues of central Paris Sunday, walking arm-in-arm in a dramatic procession of national unity in the wake of terrorist attacks that killed 17 people last week.